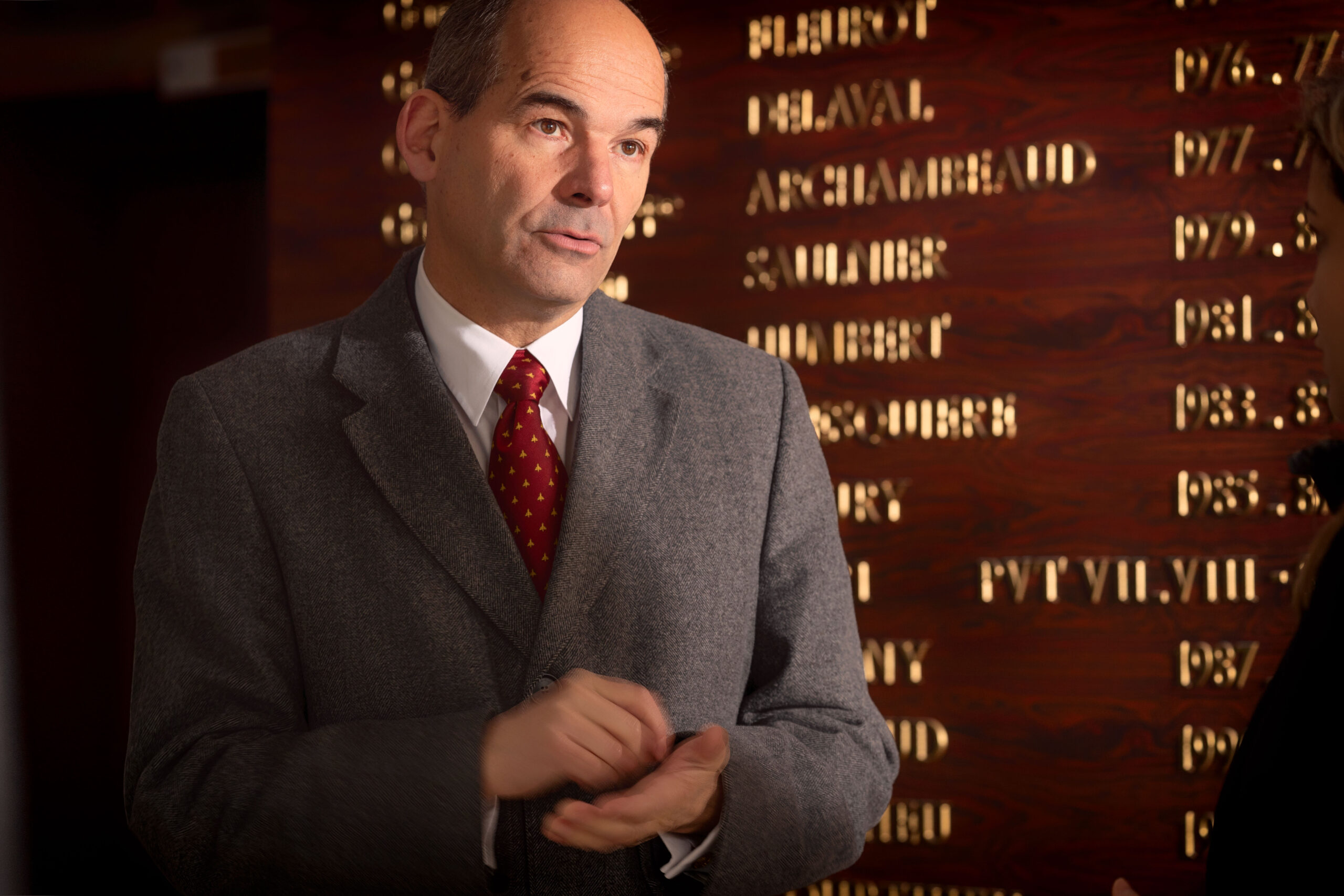 In international relations, each crisis can make the state a winner or a loser. But naturally, each state wants to be on the side of winners. In this case, it is possible to consider a crisis situation as an opportunity to gain something.

How can a leader get prepared to manage crisis situation?

States are the principal actors on the global stage, but non-state actors also threaten the security environment with increasingly sophisticated capabilities.

This increasingly complex security environment is defined by rapid technological change, challenges from adversaries in every operating domain. In social relations, crises are chaotic situations that might be experienced by people, states, governments, organizations, etc. The word ‘crisis’ means disorder; in other words we can explain that crisis is a situation which is not normal or stable. This term means an urgent situation that suddenly happens and breaks the routine processes of any system.

In international relations, each crisis can make the state a winner or a loser. But naturally, each state wants to be on the side of winners. In this case, it is possible to consider a crisis situation as an opportunity to gain something. 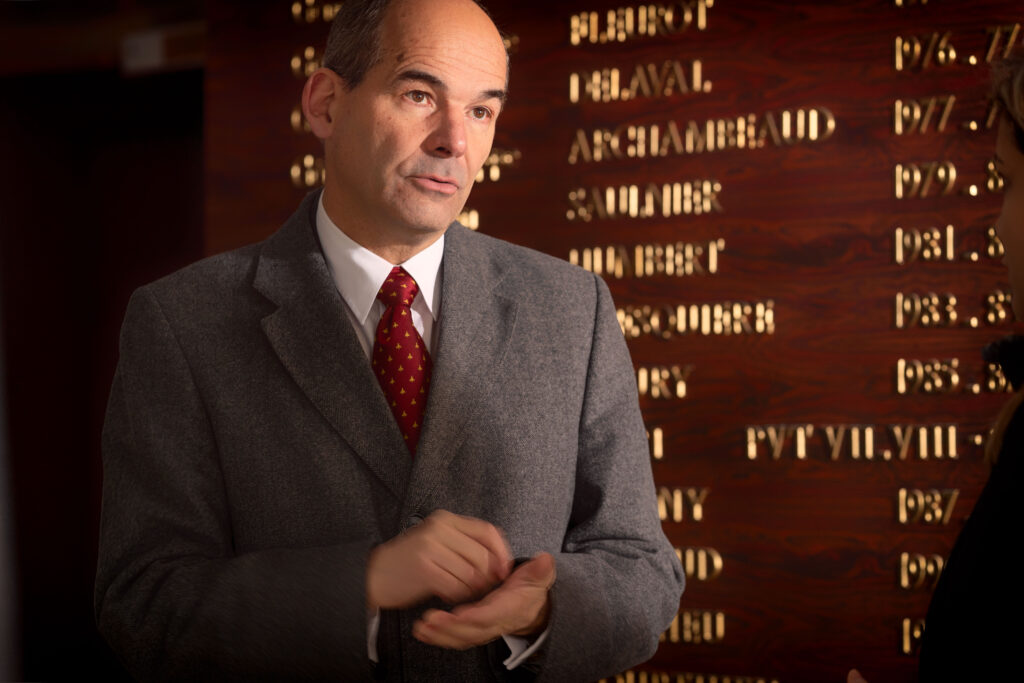 First of all, a well-organized crisis management program is required to be able to take advantage of such a crisis although some conditions are needed for appropriate crisis management. Crisis forecasting is one of the basic steps of successful management.

For this post, I had the privilege of meeting and interviewing General Patrick Charaix, Former Commander of the Strategic Air Forces. President of the fighter Pilot Association, member of the board of directors of the book of the blind, Tomato and Logipostel. President of Chasquarre Conseil, he is advisor to the president of the Institute of Higher Studies of Metropolises (IHEDM) and gives courses at the IEP Bordeaux and the center of advanced military studies in Kinshasa (DRC). He is involved in many media as a military expert.

General Charaix dedicated 36 years of a rich career. He graduated from the "General Pineau" class of the École de l'Air in 1978. He was a fighter pilot in 1981. He then worked passionately in several squadrons: the 3/30 "Lorraine", the 2/30 "Normandy-Niemen", the 3/12 "Cornouaille" of Cambrai and the 1/5 "Vendée" in Orange, two squadrons of which he also had the command. He then held various and demanding positions such as commander of Djibouti Air Force Base 188, Deputy Head of the Office of Military Studies and Strategies at the General Staff of the Armed Forces, Commander of the Air Force Aviation Brigade, Fighter of the command of the air forces, second in command of the air defense and the air operations then, culminating of his career, commanding the strategic air forces. 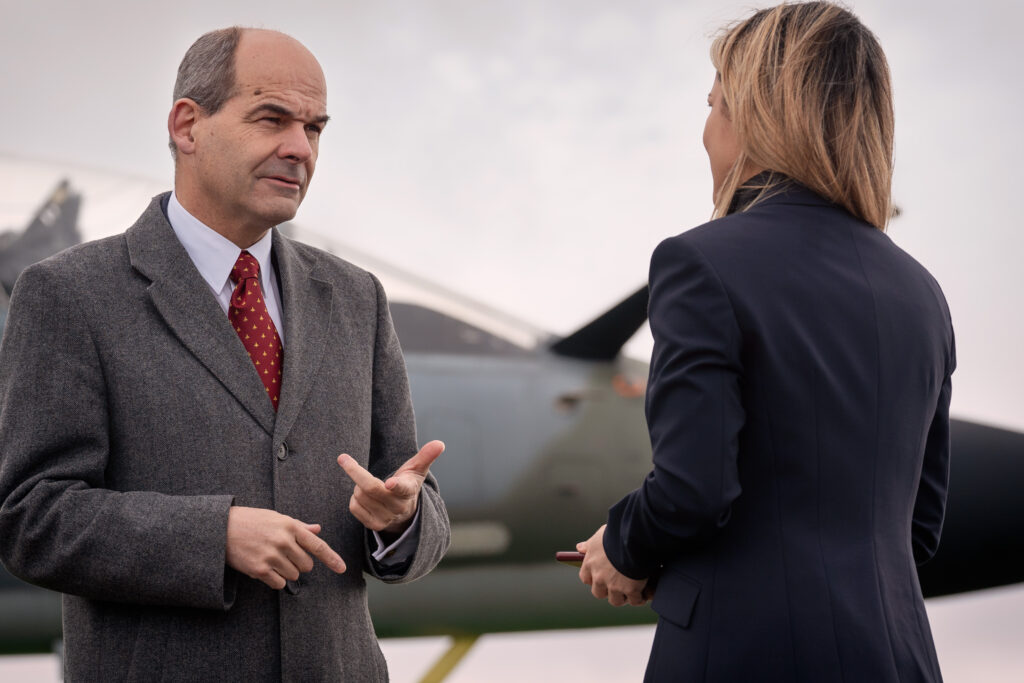 General Patrick Charaix has received us with great care in the Base Aérienne 107 Villacoublay and shared some insides of how military training can develop the command skills necessary to efficiently carry risky international operations and how can companies take lessons from Defense Strategy Forces.

A long-term strategic competition requires of any international actor, the perfect integration of multiple elements can provide a global vision, with diplomacy, specific information of the region of interest, economic situation, finances, intelligence in choosing the procedures to be used, understanding the rules/law of the target region. To be prepare for the coming crisis conditions; have to look for probable opportunities and also have to be prepared for the management of crises that can occur during the implementation of a project. The international actor has to be able to deal with the conditions of the crisis and even try to eliminate it. But it must always be remembered that there is no method that has been developed to eradicate the process of crisis formation and that the element of uncertainty in crisis sometimes requires decision-making on the basis of an unclear picture of the crisis in question.

As a consequence, emergency exercises that are defined and carried out do not prepare intervention teams to manage social reactions that can be caused by a "crisis situation." On the contrary and paradoxically, such a view that neglects the reaction of the population can generate in itself a crisis situation, even when an accident is considered "technically" of minor importance. By working together with allies and partners we amass the greatest possible strength for the long-term aggression and advancement of our interests, maintaining favorable balances of power that deter aggression and re responsibility support the stability that generates economic growth.

In reality, pre-crisis, crisis, and post-crisis periods are called generally chaotic processes. Chaos might cause disorder for a temporary time period. Chaos is a Greek word meaning ‘something causing blanks’. According to Thomas Schelling, chaos is the ‘metaphysical unity of potential forces’. 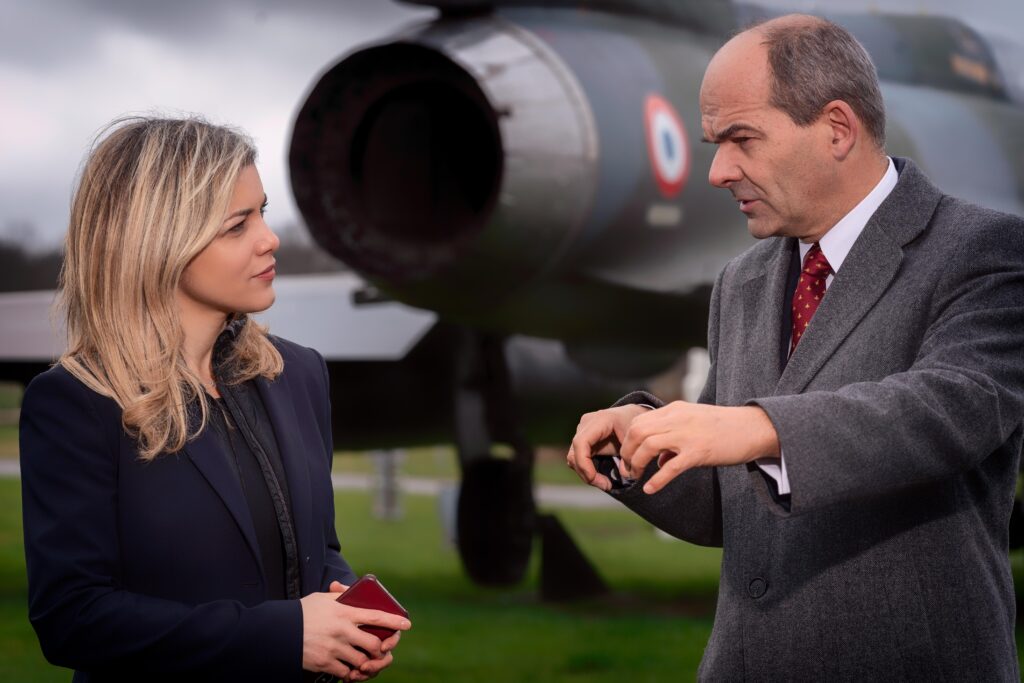 When we pool resources and share responsibility partners provide for our common defense, our security burden becomes lighter. Our allies and partners provide complementary capabilities and forces along with unique perspectives, regional relationships, and information that improve our understanding of the environment and expand our options.

Organizational changes are likely to take into account the social factor resulting from practical experience of dealing with the reactions of the general public during the period. In any mission, the difficulty of achieving efficiency in an operational action is to be a leader.

Foster a competitive mindset. To succeed in the preventing crisis situations environment while doing it you pursuing distinct three lines of effort:

We have sought to understand the conditions, actions and organizational processes that have allowed the conflict to be managed peacefully, and those who have taken violence; the society integration has never been so necessary as today. For this, create a culture of transparency and feedback, often planning how to communicate results is an afterthought, but early consideration of communicating the vision, mission, action, and progress throughout all phases of the cycle is vital to the success of an initiative. It is fundamental to explain what we are doing and how these goals to put an action plan into practice is important and need to continue, must continue and clearly communicate what the professionals involved are doing so that people can value their job and respect them. You should communicate progress, early and often. 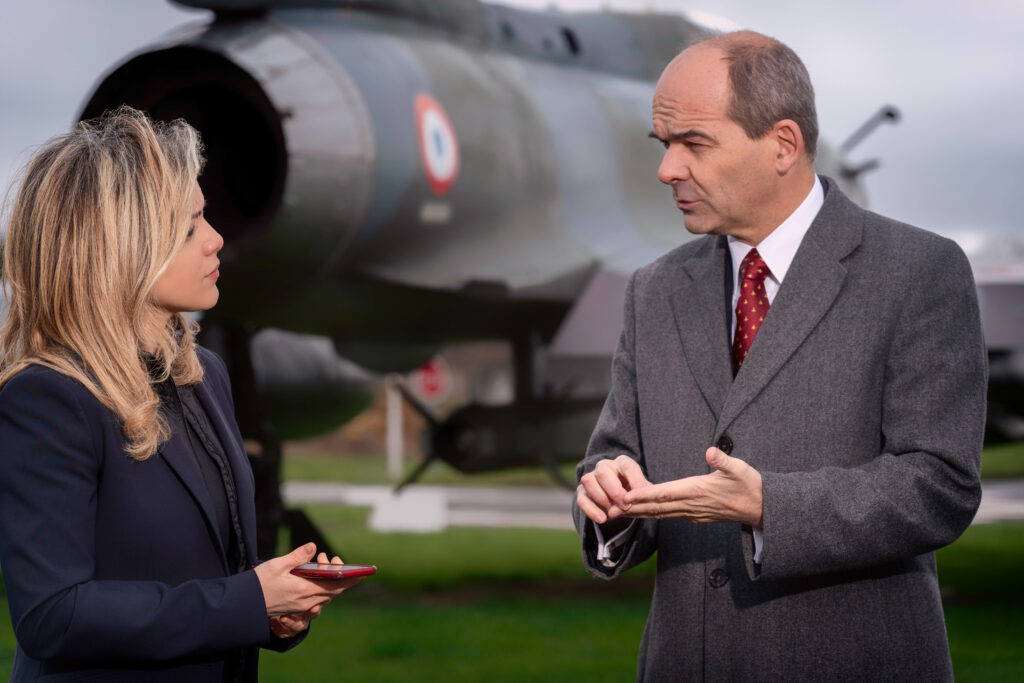 Early communication means telling someone what he or she wants to know before they ask for it. Hopefully before they know they want to know it. If you build a habit of communicating early and often then people will trust you more.

In other words; be proactive

This concept of good communication that is offered early often results in trust, is so simple but rarely is it followed. Most managers tend to adhere to the old-school methodology that states 'information is power' and therefore restrict their communication. For every step along the way, from creating awareness and enlisting interested parties to publicizing progress and maintaining momentum, leadership should develop a communication plan and strategies. When significant issues are addressed and much is at stake, collective leadership requires a disciplined, strategic approach to communication to ensure its message is conveyed and heard as intended.

Plan Ahead; have a crisis team assigned to a particular period of difficulties with different proposal scenarios. When planning ahead, we can identify the associated risks, weigh them and categorize them, prioritize and create a response plan. In this way, we can turn risks into opportunities and experience the rewards of receiving them. Unfortunately, many organizations are unsuccessful, especially in difficult times, because they do not foresee risks or, if they do, do not plan how to respond to them. 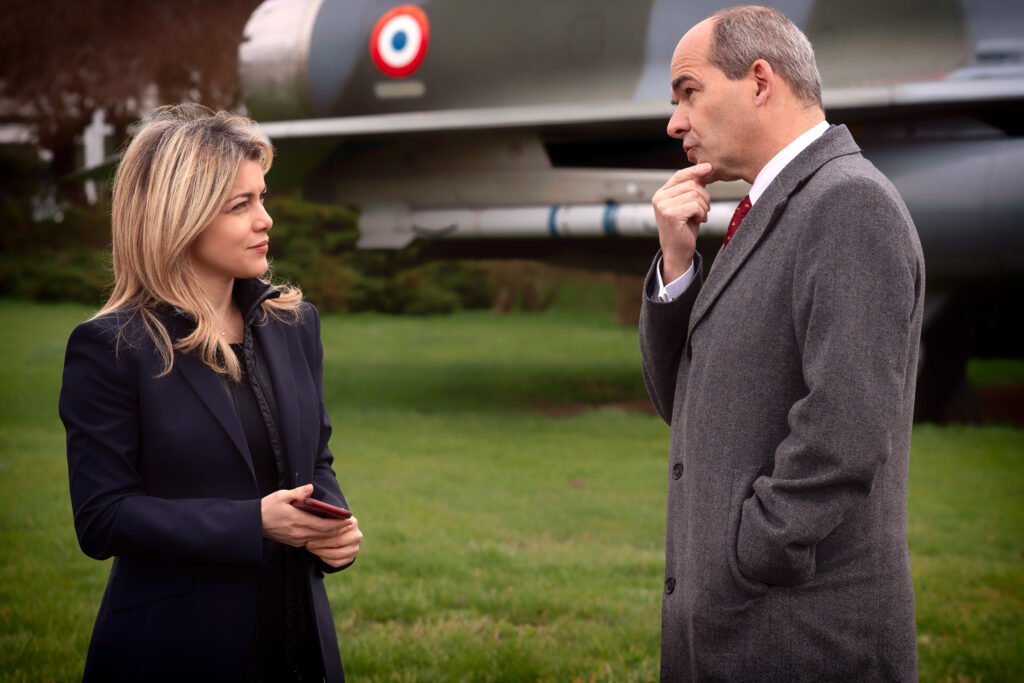 Align the message and equip the field

Often planning how to communicate results is an afterthought, but early consideration of communicating the vision, mission, action, and progress throughout all phases of the cycle is vital to the success of an initiative.

Maximize your learning, good institutions allow the crisis to be a catalyst for positive operational change, diagnose accurately and take action. Crises are often misdiagnosed.

“Recognize it when it happens (Crisis take many forms without warning or incident), Time for revising and updating the plan. In military procedures effective plans are revised and updated regularly. In fact, our original plans can and should evolve over time so we can stay on the right track and get to the destination. By planning ahead we give ourselves time to revise our plans based on updated information on risk, quality, resources, stakeholders, assumptions, and constraints”.

Be strategically predictable, but operationally unpredictable. “Dissuader” or defeating long-term strategic competitors is a fundamentally different challenge than the regional adversaries that were the focus of previous strategies. Our strength and integrated actions with allies will demonstrate our commitment to prevent aggression, but our dynamic force employment, military posture, and operations must introduce unpredictability to adversary decision-makers. With our allies and partners, we will challenge competitors by maneuvering them into unfavorable positions, frustrating their efforts, precluding their options while expanding our own, and forcing them to confront conflict under adverse conditions.

General Patrick Charaix is President of the fighter Pilot Association, member of the board of directors of the book of the blind, Tomato and Logipostel.

President of Chasquarre Conseil, he is advisor to the president of the Institute of Higher Studies of Metropolises (IHEDM) 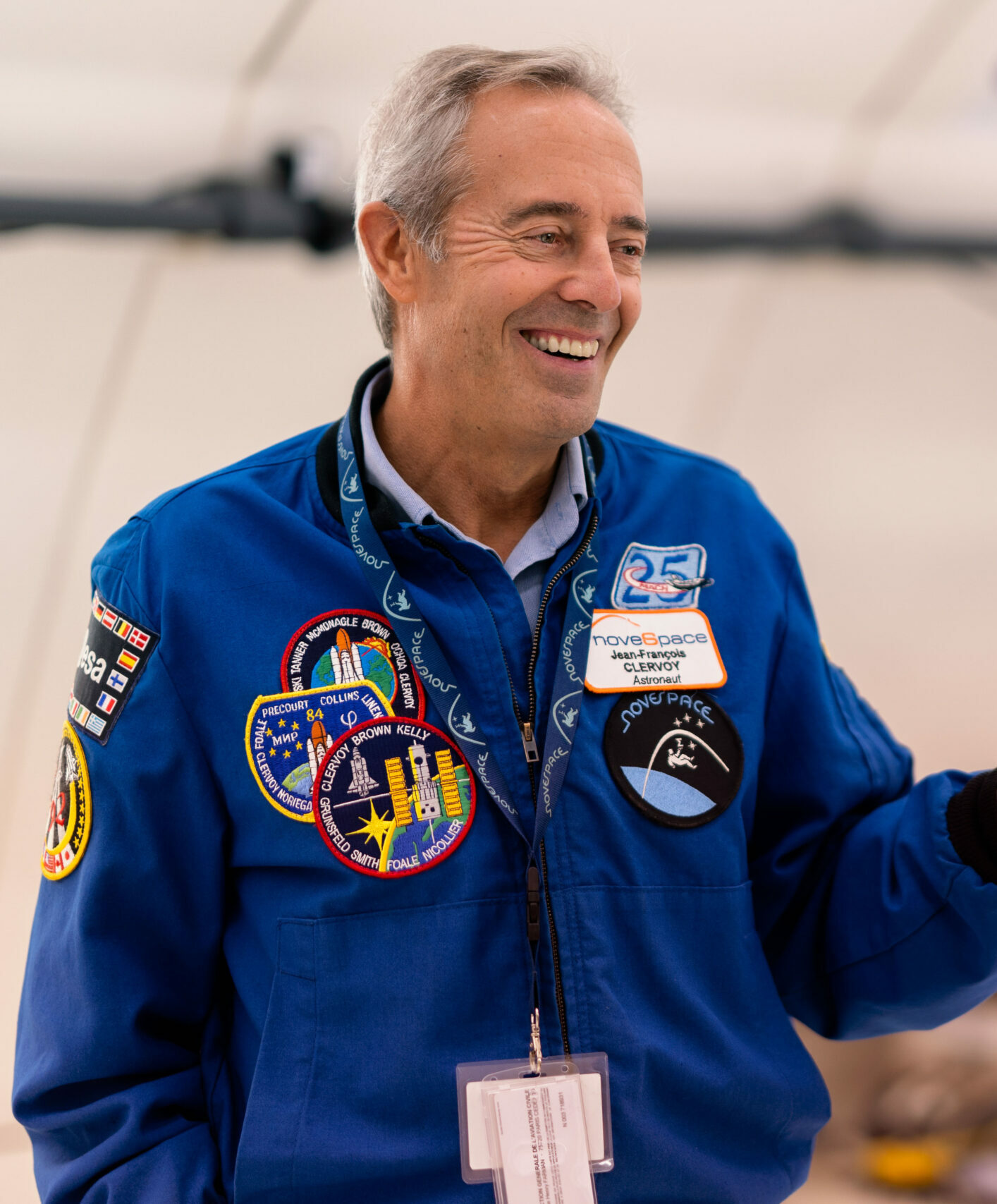 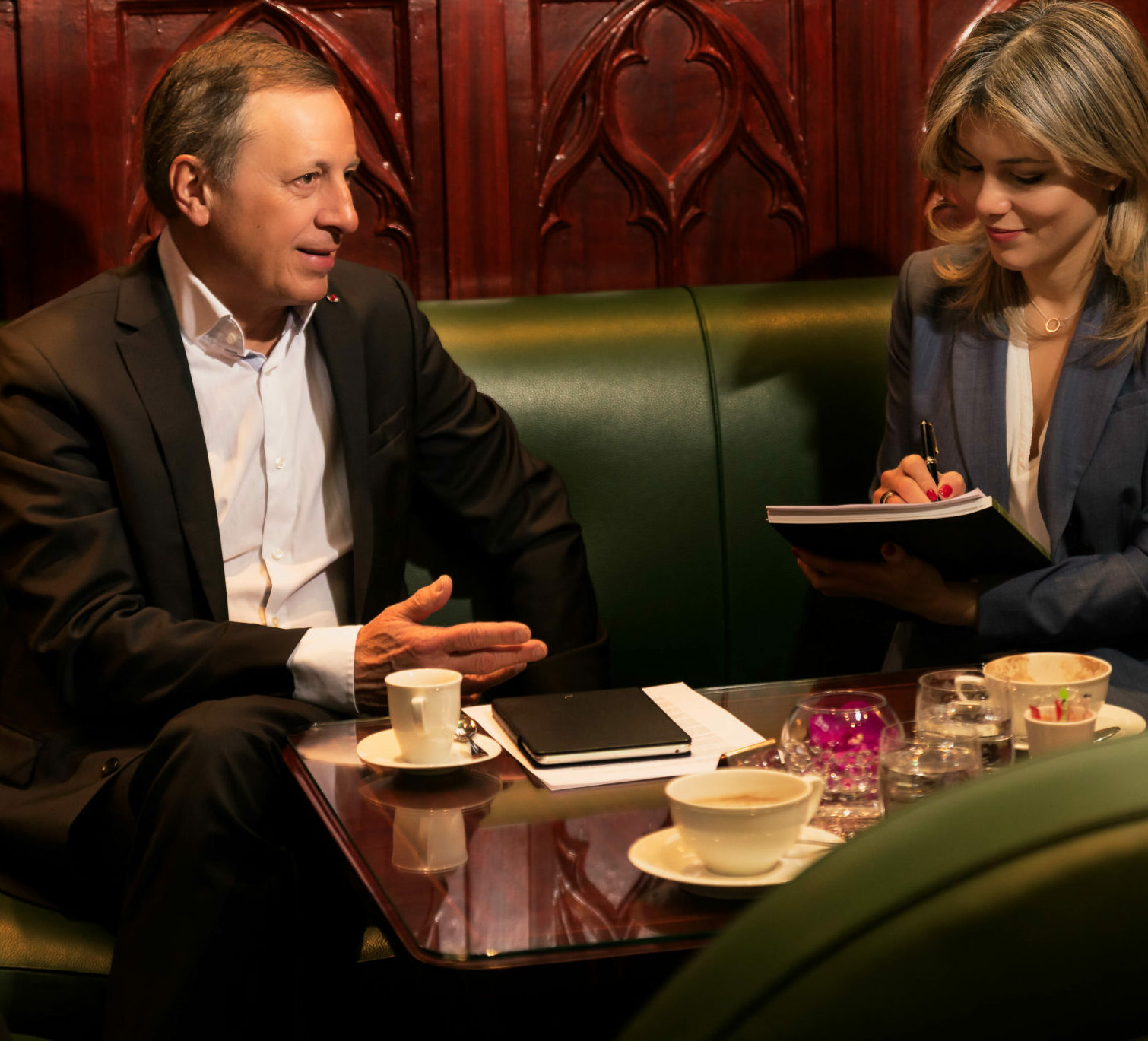 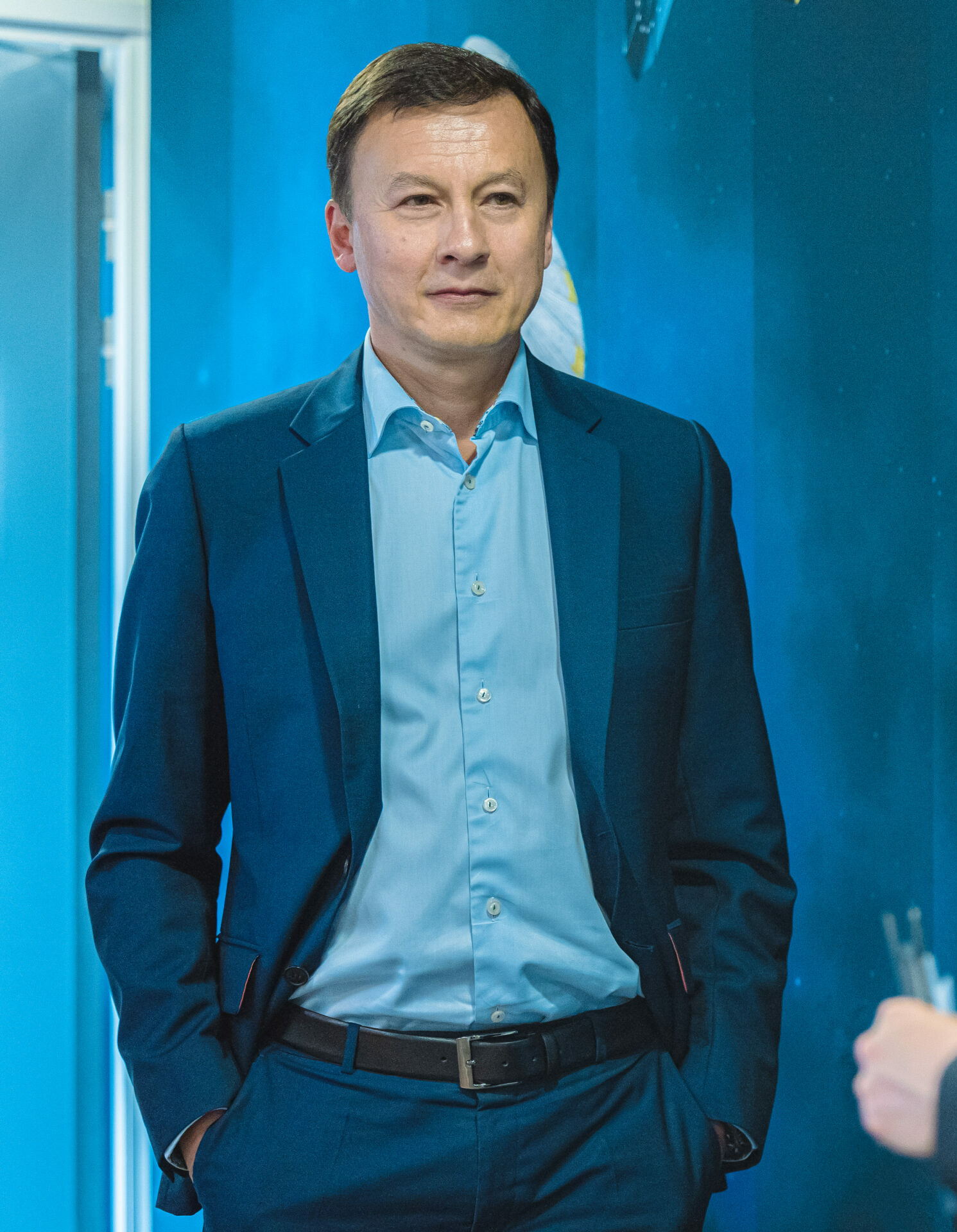 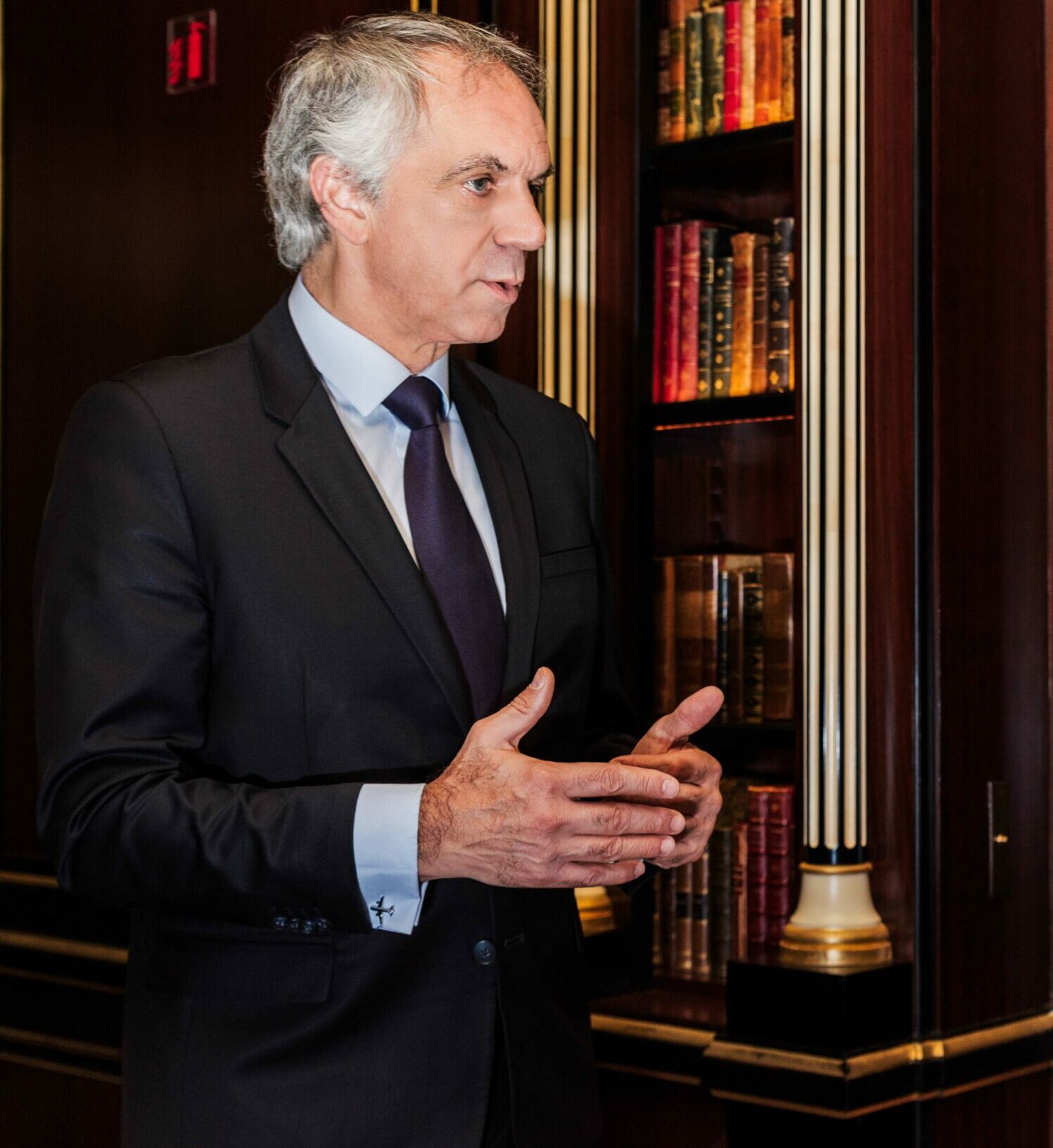 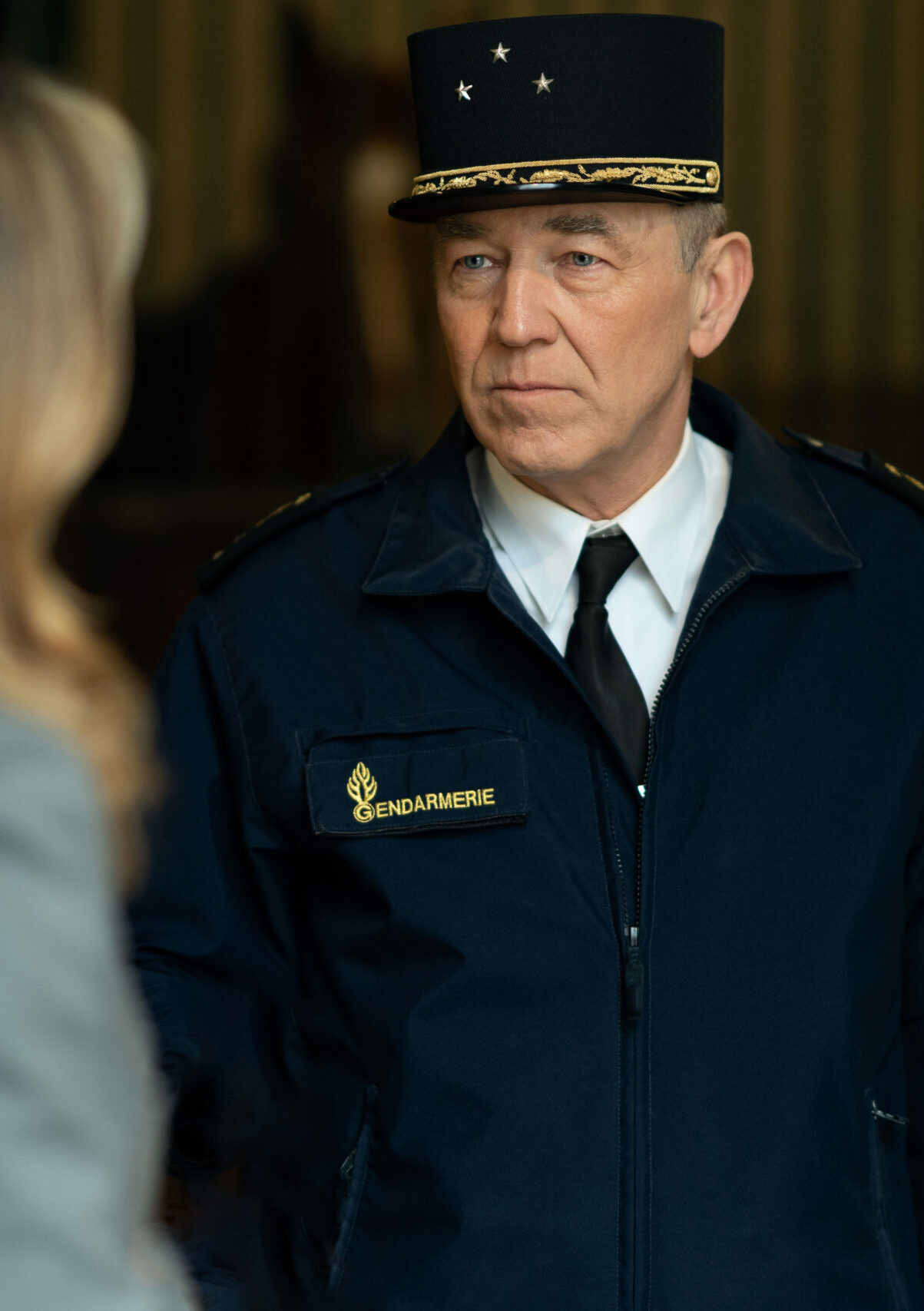 General Damien STRIEBIG: Information Management - How Do You Prepare a Major unit for the Unpredictable 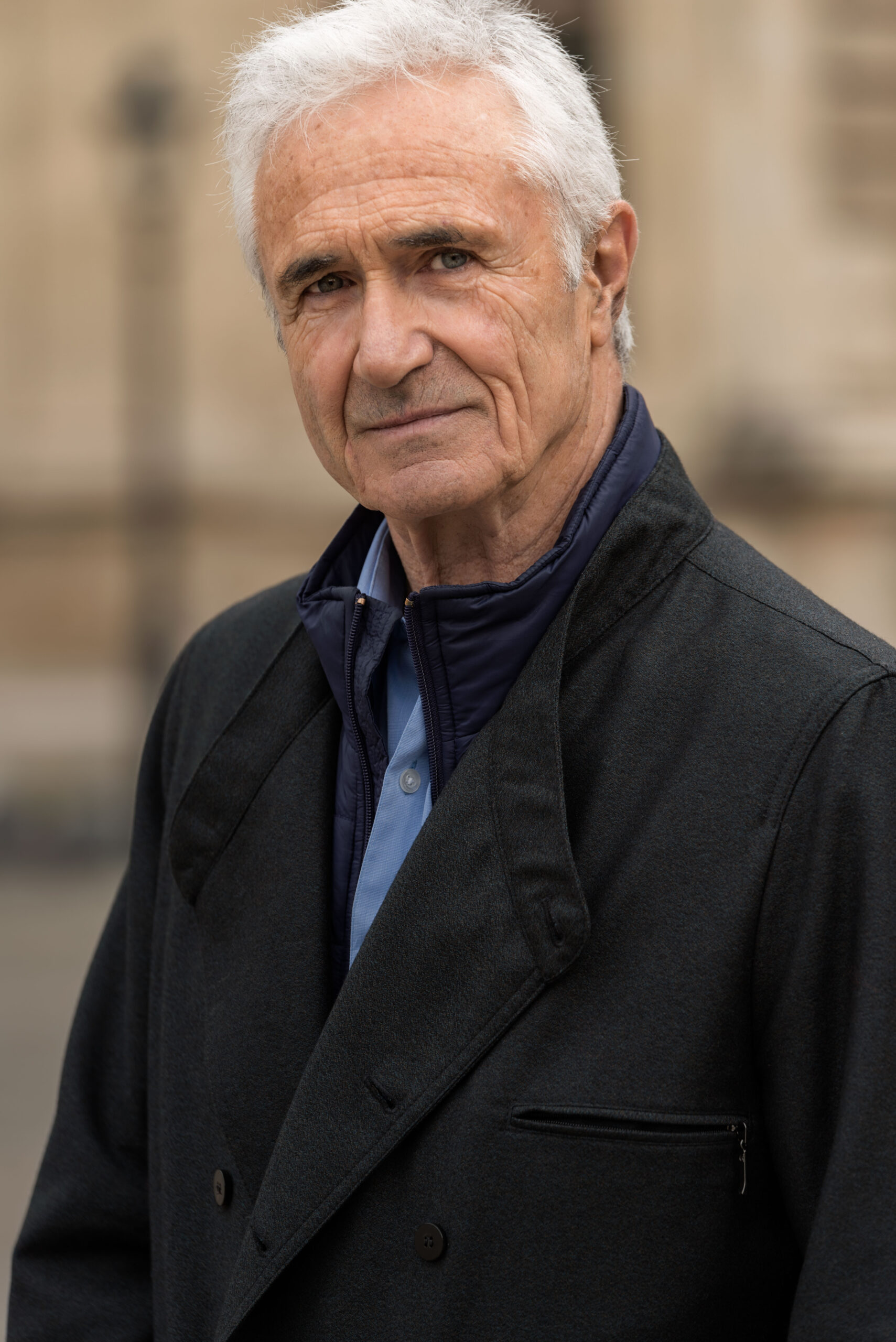 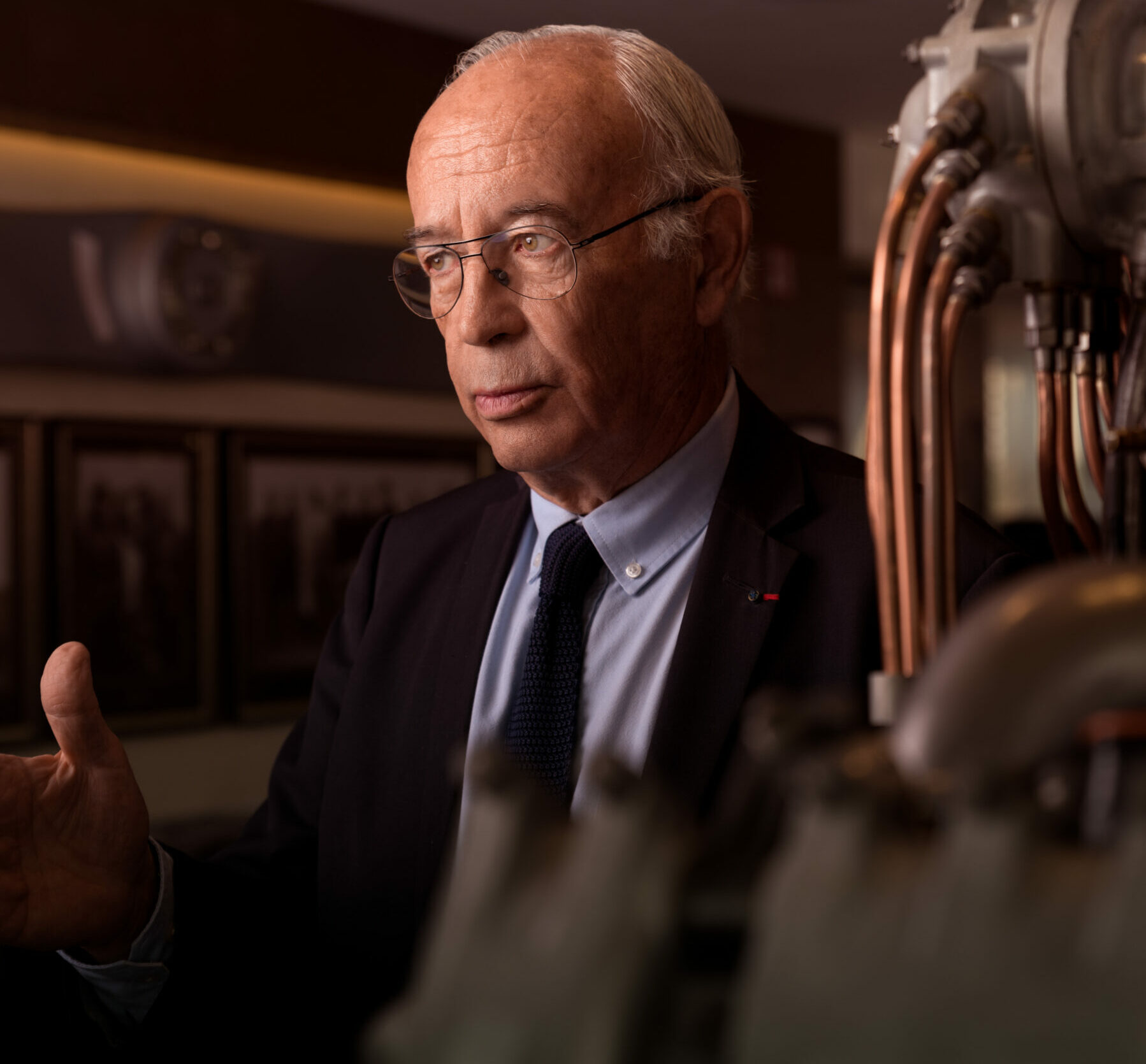 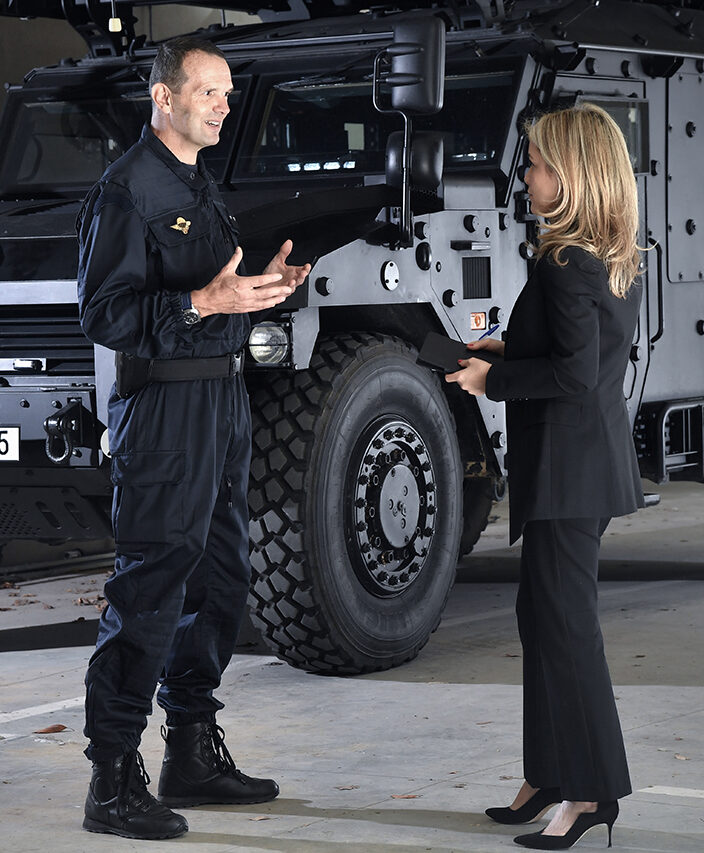 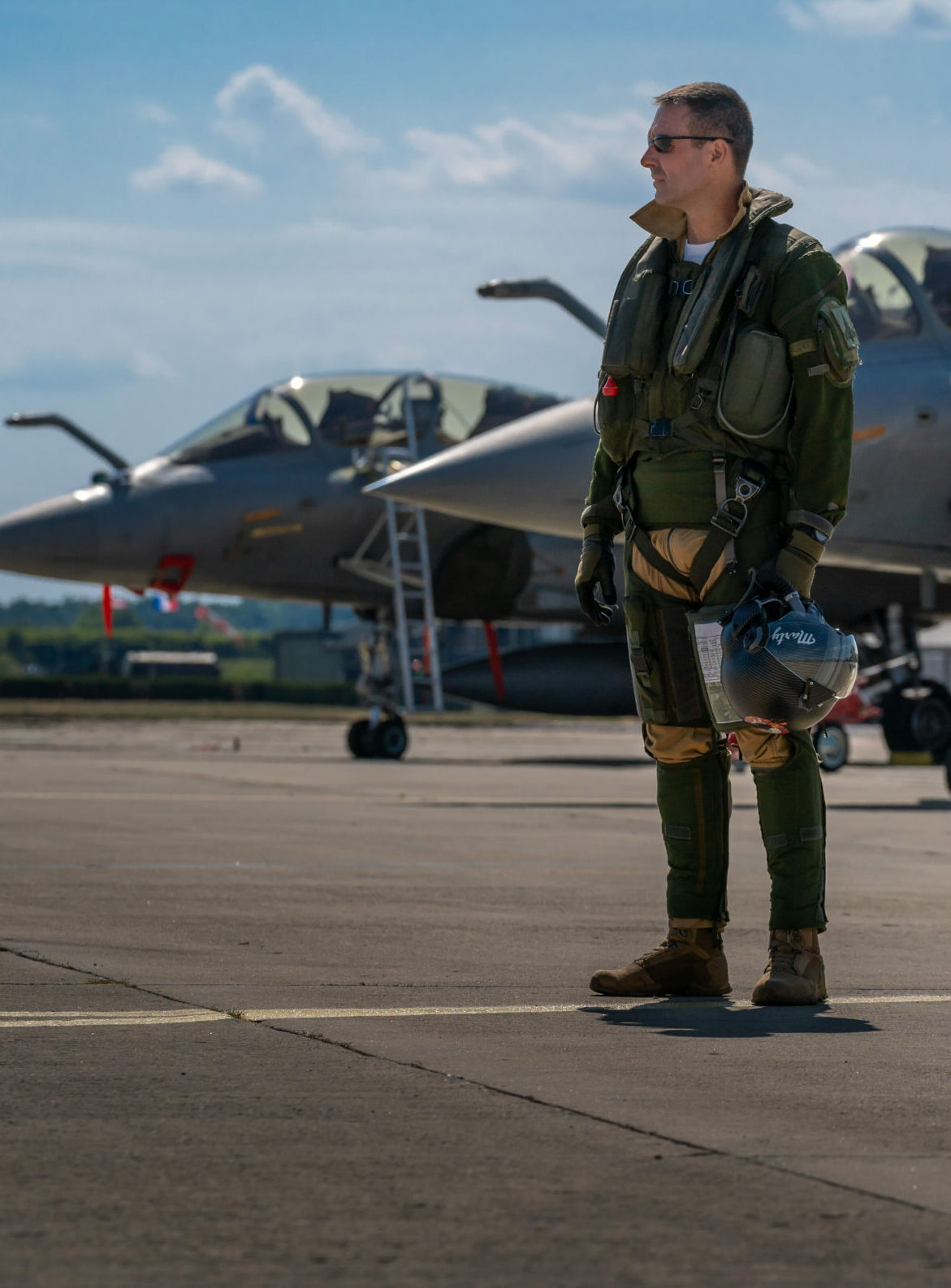 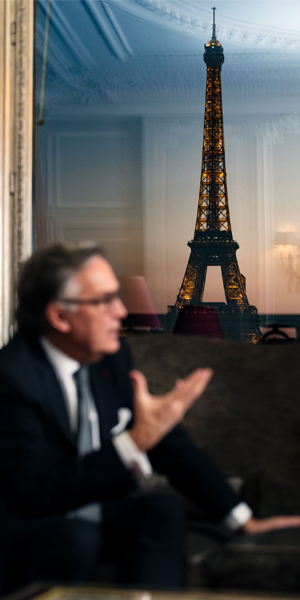